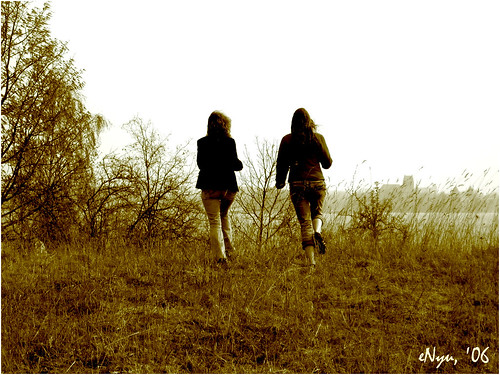 A Near-Death Experience (NDE), according to Wikipedia, “is an experience reported by a person who nearly died, or who experienced clinical death and then revived. Some people argue it can be explained by hallucinations produced by the brain as it loses adequate blood supply and nutrients, while others state that such an explanation cannot account for all the evidence.”

Unfortunately for you, what I just had last night was not a near-death experience at all. I would summarize it as Almost-Dead-Experience or, more verbosely, I-Could-Have-Been-Dead-By-Now-Experience.

The culprit, is a (slightly?) peeled off cord: 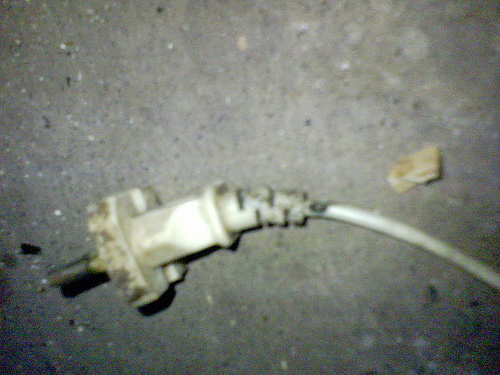 It belongs to a rice cooker. Apparently some “mouse” (rats!) ate a part of it for whatever reason. And it gave me a 220 Volts electric shock for a few seconds when I tried to pull off the plug.

As result, I got a bit “unstable” for a few minutes. Swearing. Texted someone. Then proceeded to destroy the whole damn thing out of anger: 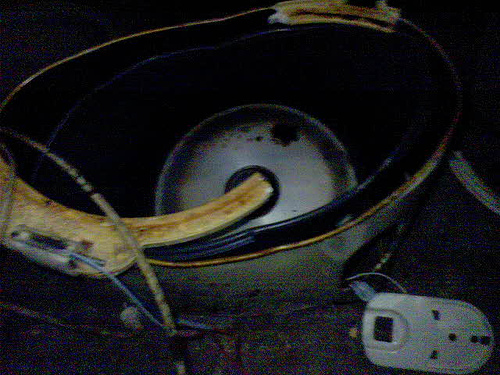 I wasn’t sure if I was gonna live longer. Nobody was home, so I dragged myself to the nearest hospital:

“Luckily,” the doctor said I was generally alright. The whole process including the medicine (Alvita) costed me 20,000 rupiahs (about US$ 3.00). Such cheaply priced is human life. *sigh* 🙁

Talk to the hand! Below is the very first victimized part of my body, it looks just fine, doesn’t it? 😉 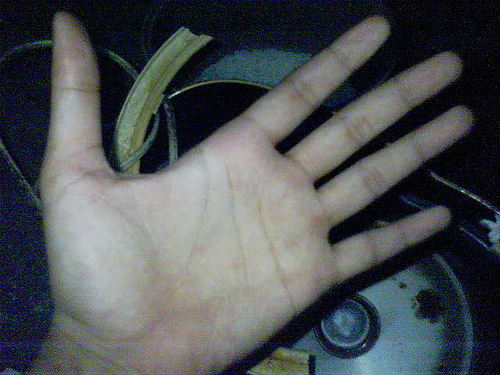 As you can see, as of now, my family is officialy rice-cooker-less. Any attempts to donate a replacement rice cooker (with rat-biting-resistant cord!) would be highly appreciated. (Disclaimer: I’m perfectly aware that there are thousands, if not millions, of other people out there who need more stuff than simply a rice cooker.)

One thing that I realized, in addition to the obvious awareness of the dangers of household appliances and its use (and misuse, abuse, and need of continuous maintenance and supervision), is how useless a friend can be in that situation. (and the more useful one would be: your own life.)

This is especially pronounced since, as I stated before, I texted a friend, and only that person, immediately after the incident, before I destroyed the appliance or went to the hospital. (By this morning, the only person who knows about my incident is only that person, and the second ones would be readers of this blog.) That person took time long enough to respond, that by the time I received the reply, I already managed to: destroy the appliance into pieces, get dressed and went to the hospital, talk to the hospital’s receptionist, register as a new patient and lurk in the hospital’s waiting room.

What’s even more wonderful in the most ironical sense, is that that person also cared enough to give a definitely-useful-advice along the lines of “hope you’re fine.” I just want to let you know that in such situations, a “hope” is practically less effective than a hard advice: Had that person gave a quick few points of, for example, this Wikipedia page, I’d definitely be much, much more grateful.

Note: I can imagine that one of the people I love would be so glad to know that I had an accident. Unfortunately for her, I didn’t die and I’m not dead yet (at the time of this writing, at least), so she’ll have to do even more praying.

Closing Note: Breathing is one most important thing to give attention to when an electric shock happens, and Trizle’s business journal recently published a really cool article on How to Breathe Smarter! 😉 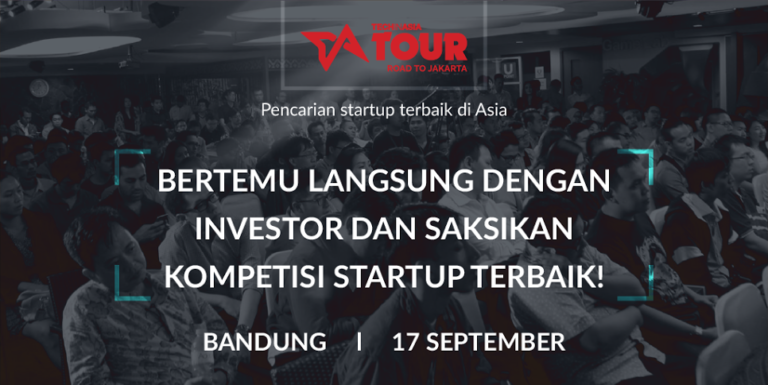 Xarchiver is a Zip/compression application. On the UI side, it’s using GTK2 toolkit which probably looks best on GNOME/XFCE. It’s simple and straightforward. Xarchiver is in many ways comparable to FileRoller. I think it has a bit more features than FileRoller but user interface-wise, FileRoller looks a little bit better.