I found a very nice and thorough article about password management. I love it! 🙂

This document describes and justifies current password management best practices in an enterprise network. It is intended to offer reasoned guidance to information technology decision makers when they set security policy and design network infrastructure that includes passwords.

The document is organized as follows:

Many applications depend on reliable user identification, also called authentication. Over the years, many technologies have been developed to support this requirements. Authentication technologies may be categorized as follows:

Generally, it is more secure to use multiple forms of authentication — e.g., a security token combined with a password.

These types of authentication may be further characterized as follows:

Due to cost and compatibility with legacy systems, the most popular form of user authentication continues to be a secret password.

The remainder of this document discusses how to best manage passwords, to maximize security and minimize cost of ownership.

Passwords are simply secret words, or at best secret phrases. They can be compromised in many ways:

Each of these vulnerabilities make it easier for someone to acquire the password value, and consequently pose as the user whose identity the password protects.

Users in a large organization frequently have many passwords, each protecting their access to a different computer system. Users have some basic limitations, which limit what can be done in the context of secure password management. In particular, it is hard for most people to remember:

When people have trouble remembering their passwords, they do one or more of the following things:

Clearly, sound password management practices must take into consideration human limitations, to limit the above problems.

As outlined in (2), one of the primary weaknesses of passwords is that they may be guessed. While a human may give up after trying to guess ten or a hundred possible passwords, software such as Crack and L0phtCrack will happily try millions of combinations.

To combat password guessing attack, users should pick hard-to-guess passwords. One way to do this is to ensure that the set of all possible passwords is too large to search thoroughly, and then to eliminate probably guesses.

Users must be required to choose their passwords from the widest possible set of characters, subject to the constraints of the systems where those passwords reside. For example, most mainframes do not distinguish between uppercase and lowercase, and only allow three punctuation marks (fourth row in the table above).

You must then set a policy based on the smallest permissible set of legal password values — for example: 10 billion. To draw from the above table, mainframe compatible passwords must be at least seven characters long to meet the requirement of at least 10 billion possible passwords.

A reasonable set of password rules, designed to ensure that the search space for all possible values is as reasonably large, and that passwords are not too easy to guess, follows:

Over time, passwords may be compromised in many ways, including:

To limit the usefulness of passwords that have been compromised, a best practice is to change them regularly. Common rules on many systems is to force users to change their passwords when they log in, if they have not been changed for an extended period (e.g., 30 or 60 days).

In general, users should be required to change their passwords regularly, at most every 90 days, and preferably more frequently.

For the same reasons, users should not reuse old passwords, as they may already have been compromised. Many systems support this by recording some representation of old passwords, and ensuring that users cannot change their password back to a previously used value.

When password history is enforced, users may figure out the number of passwords in their history file. As this number is normally 10 or fewer, a user who does not really wish to change his password when prompted to do so may make several consecutive password changes, and finally return his password to its original value.

To defeat such “smart” users, some systems also enforce a password rule that limits the number of password changes that a user may make in any given day. By forcing users to spend several days, users are less inclined to defeat the password history mechanism.

A better approach, though not yet available on many systems, is to simply maintain an unlimited number of entries in each user’s password history. Since disk storage has become very cheap, this approach is now feasible.

Passwords are intended to uniquely identify a user. As such, they must be secrets — known only to the user they identify.

Users frequently behave in ways that lead to password disclosure. In particular, users may:

Corporate password management policy must forbid these practices, and allow for some negative consequence to users who violate these rules.

In addition, alternative mechanisms should be provided, to help users manage passwords without writing them down or sharing. Key among these mechanisms is password synchronization – which helps users to remember rather than write down passwords.

Many systems can detect an attempt by a user to log in with an incorrect password. If too many invalid attempts are made in a short period of time, it is possible that someone is trying to guess the user’s password.

To make password guessing attacks more difficult, many systems include an “intruder lockout” feature. This simply means that if N invalid attempts to login to the same account are made during T_1 minutes, then the account is disabled for T_2 minutes.

While this mechanism is effective against concerted attacks against a single account, they do not prevent an intruder from simultaneously trying to guess the passwords of many users. Also, intruder lockout can be used to carry out a denial of service — by systematically locking out many accounts, including administrator ones.

Because of these fundamental limitations, best practice is to limit enforcement of intruder lockout to:

Passwords may be stored on user workstations or servers. They must be transmitted, in some form, from the user’s workstation to a server when the user first logs in, and possibly again later.

Not much can be done to enforce reasonable password encryption or hashing on existing server products. However, if you are responsible for developing a new server or application that manages its own passwords, it is best to store passwords using a well-known and trusted hashing algorithm, such as MD5 or SHA.

Passwords transmitted from a workstation to a server are similarly subject to the protocol developed by that server’s vendor. In general, mainframe, minicomputer and Unix servers tend to use no encryption by default, although strong encryption is available from most vendors as an add-on. If password security is important in your organization, and if you cannot trust the physical security of all communication media between a user and the systems s/he logs into, then you should seriously consider additional mechanisms to protect these login sessions.

Some workstations may “cache” passwords — and automatically provide them to servers when users need access. Such password caches also require strong cryptographic protection, and if this cannot be guaranteed are best avoided.

In some cases, the protocol provided by a vendor may encrypt passwords when they are used to login to a system, but not when a password change is transmitted. This happens with Oracle SQL*Net, for example. In these cases, if password management software is deployed, it is helpful for that software to implement its own encryption, beyond that provided natively by the system vendor.

Password synchronization is any process that helps users to keep the passwords that they use to log into different systems the same.

There is some debate as to whether password synchronization makes systems more secure, or less. The arguments are as follows:

In practice, it is hard or impossible to prevent users with unsynchronized passwords from writing them down. The two scenarios (synchronized vs. different passwords) therefore boils down to:

Since most systems make at least some effort to protect their passwords, synchronized passwords are more secure. To mitigate the risk of a single system compromise being leveraged by an intruder into a network-wide attack, there are some password management guidelines to follow:

Sometimes users forget the passwords they must type to log into network systems, or else type the wrong password too often, and trigger intruder lockout on their account. When this happens, users must call their help desk, and request assistance. The help desk process normally proceeds as follows:

These problems can be overcome through:

It is important to ensure that users who request a password reset, either by calling the help desk or using a self-service facility, are reliably authenticated. In practice, this means that:

Some popular questions include:

Ideally, users should be able to define their own questions, in addition to answering standard ones.

This document was prepared by M-Tech, and reflects expertise with password management accumulated through many deployments of the P-Synch® Password Management System:
http://P-Synch.com/
http://MTechIT.com/

To find out more about automatic programs for guessing passwords, see Crack for Unix and L0phtCrack for Windows NT/2000/2003:
ftp://coast.cs.purdue.edu/pub/tools/unix/pwdutils/crack/
http://www.atstake.com/research/lc/index.html

The US federal government has password management standard — FIPS 112 at:
http://www.itl.nist.gov/fipspubs/fip112.htm

For a solution to logging into Unix systems without exposing passwords (or other data) on the network, refer to OpenSSH:
http://www.openssh.org

A more secure passwd program for Unix systems is npasswd – at:
http://www.utexas.edu/cc/unix/software/npasswd/ 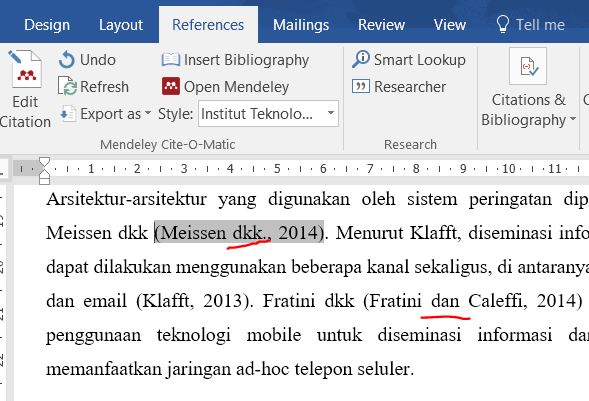 Here are links to open source projects that I’ve contributed in. ceefour on GitHub soluvas on GitHub bippo on GitHub magja on GitHub Hendy Irawan on StackOverflow